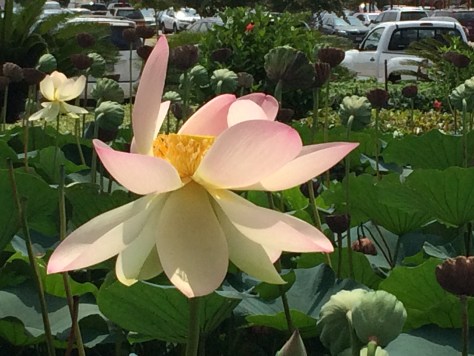 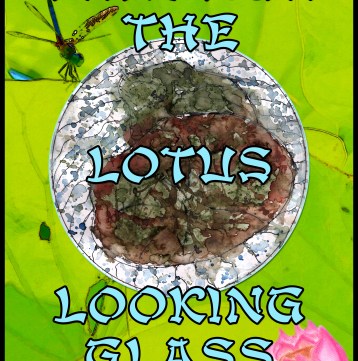 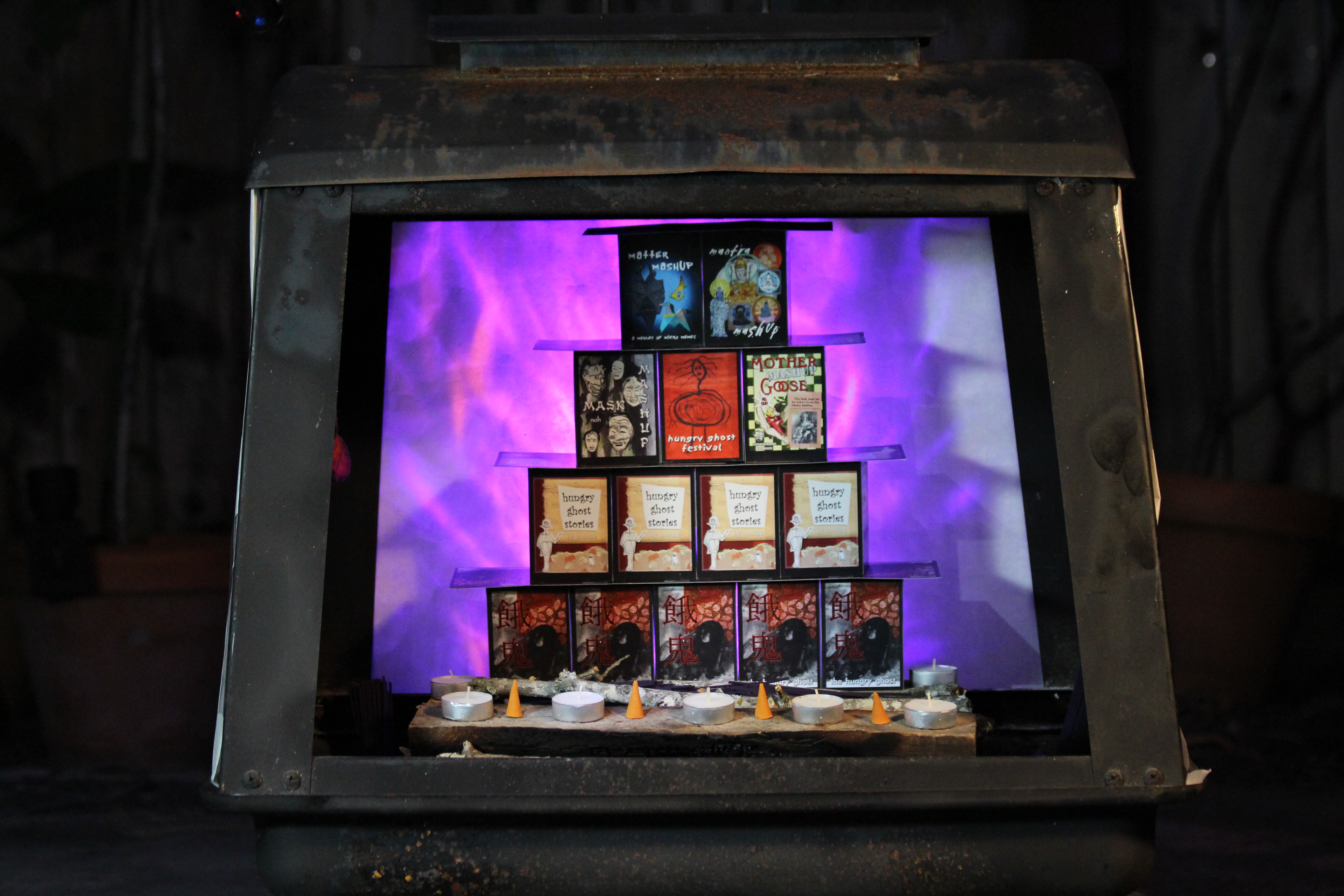 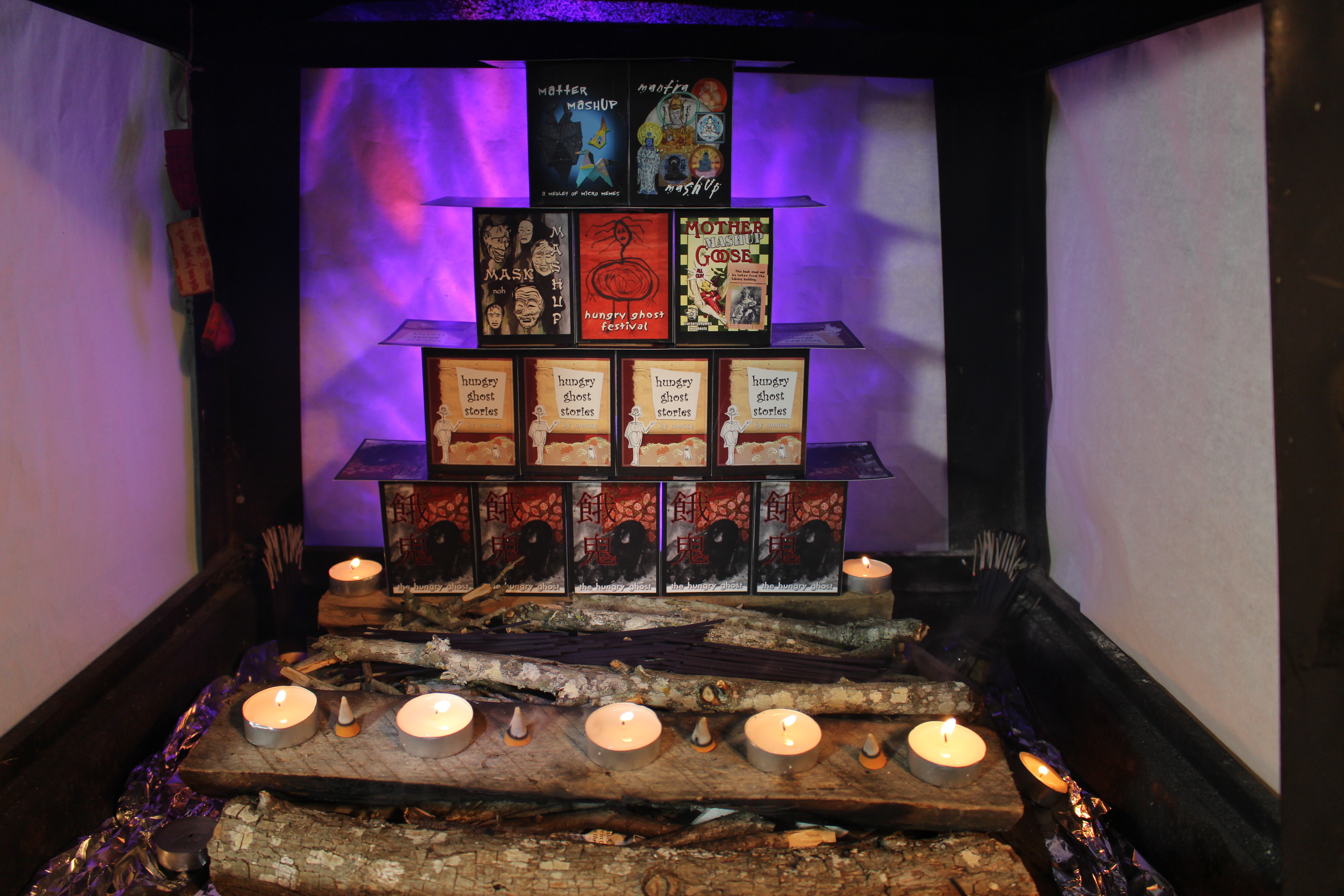 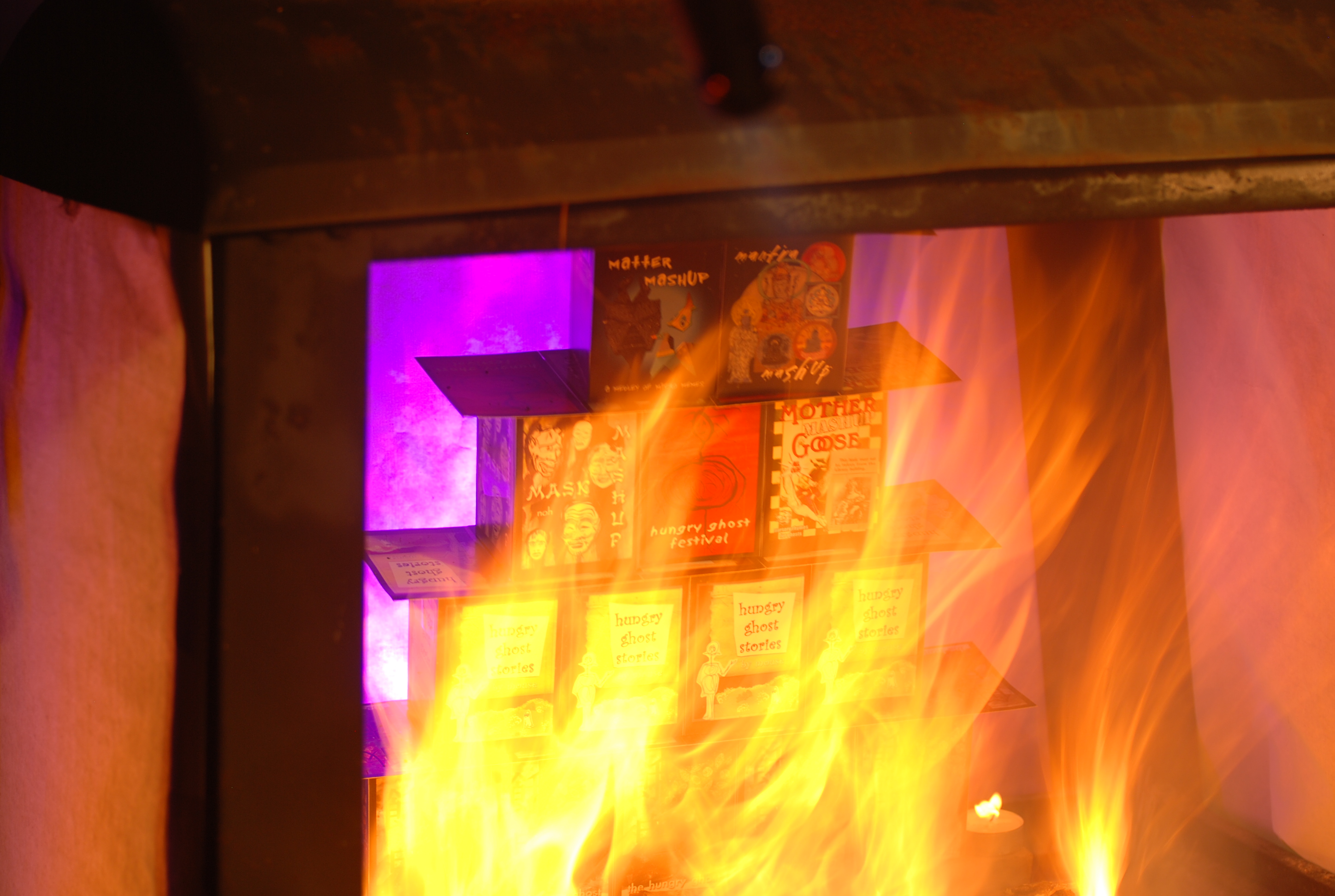 Tonight we make one final offering of compassion to hungry ghosts everywhere as the Gates of Hell close once again for another year. 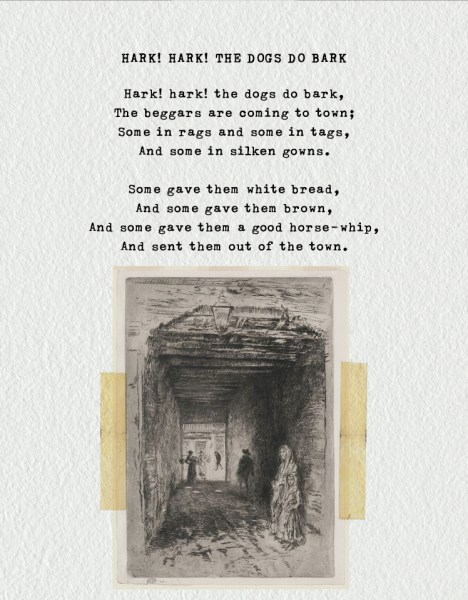 The origin of this rhyme is believed to be 13th century England,
during the times of the Bubonic Plague.

Learn more about this nursery rhyme and others here: 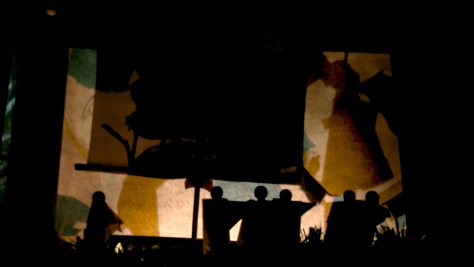 Legends tell of a mask maker named Himi from the
Muromachi era (1336-1573) who used dead bodies
of skinny men as models when making this mask. 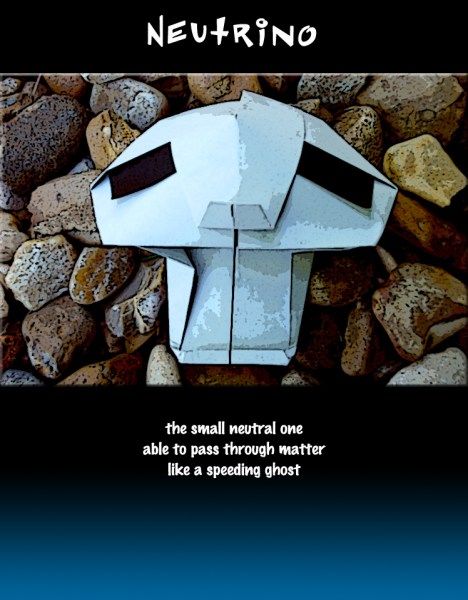 Neutrinos & Ghosts
Neutrinos have a very small mass.
Ghosts have no mass.
Neutrinos can pass through matter.
Ghosts can walk through walls.

Neutrinos don’t interact with matter…
even the Earth is invisible to them.

Learn more about the neutrino here: 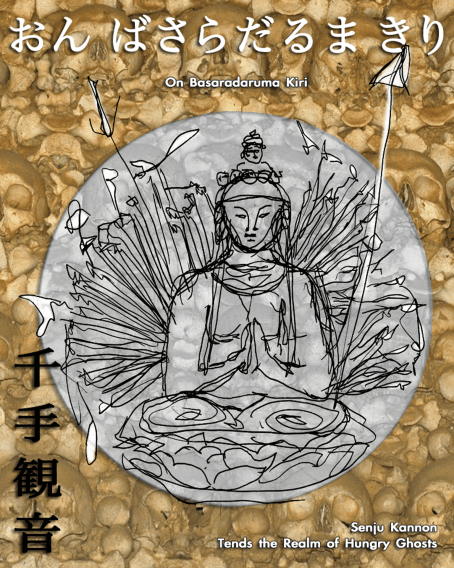 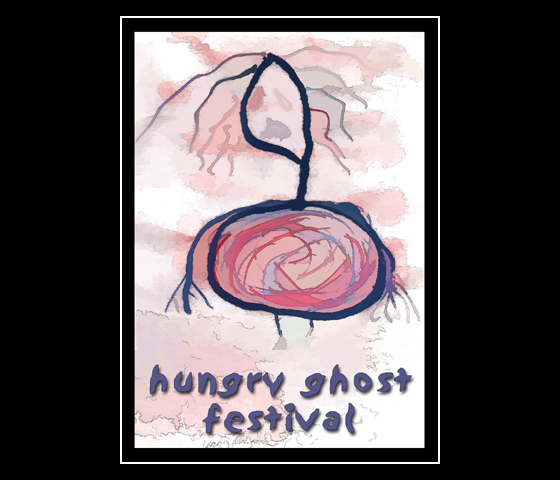 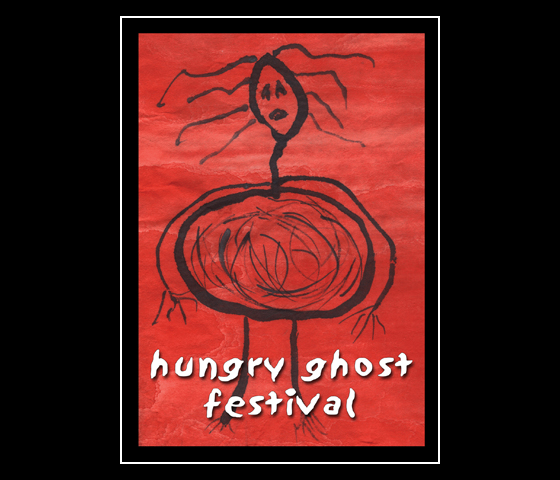 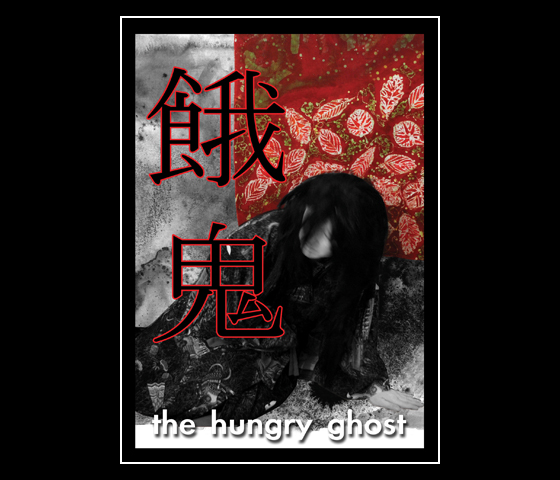 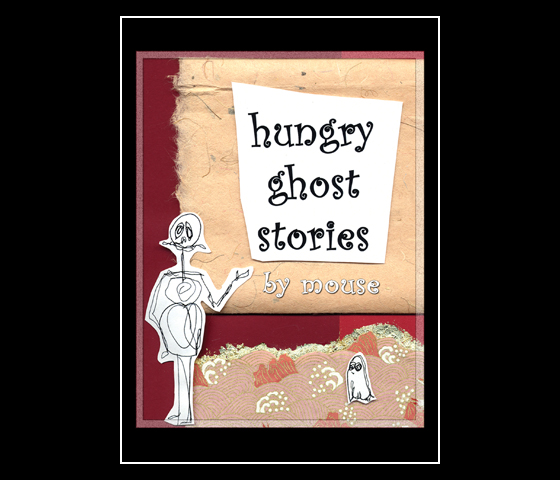 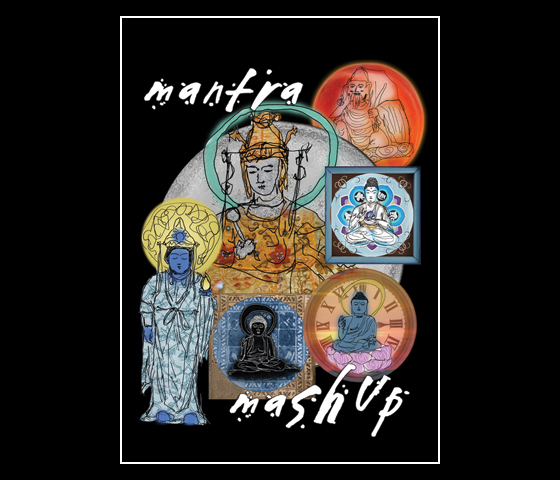 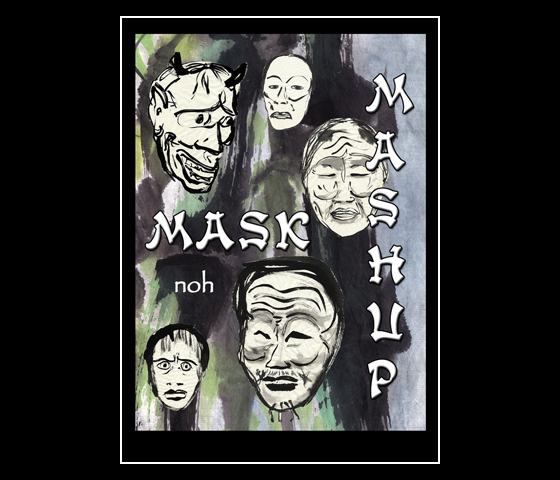 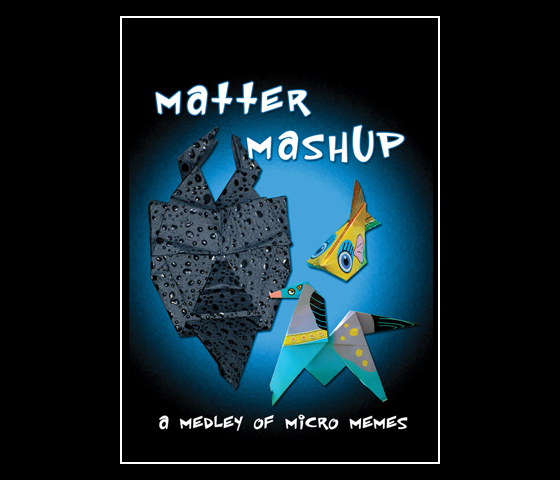 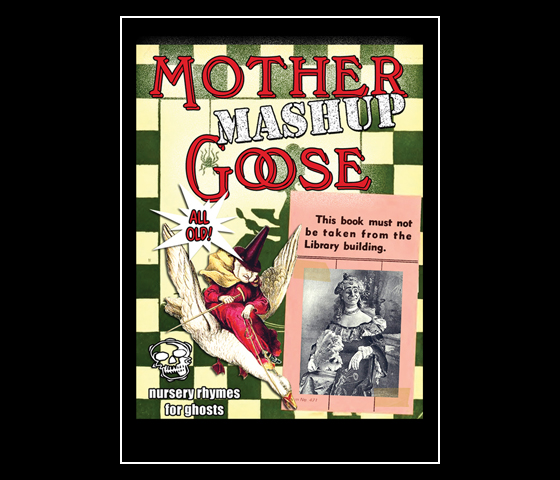 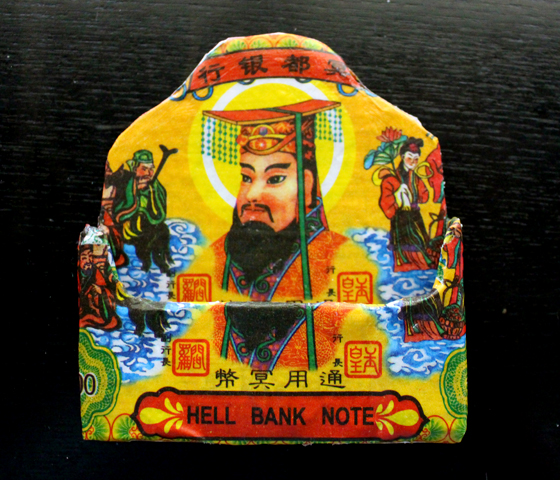 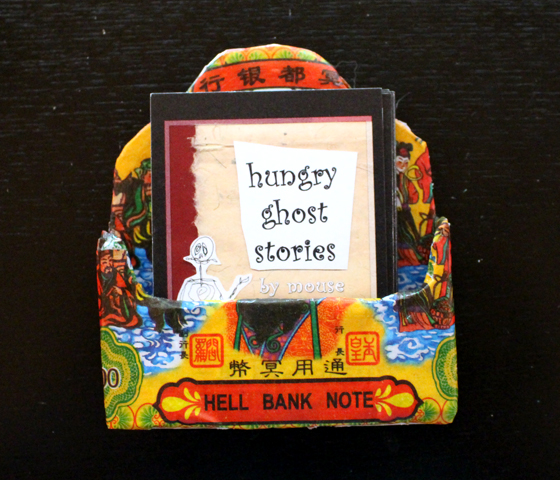 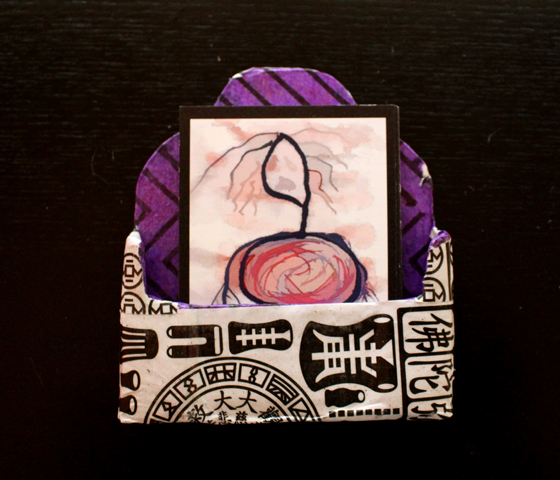 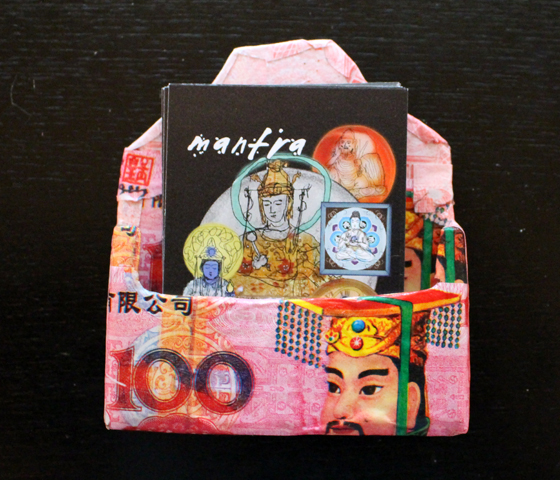 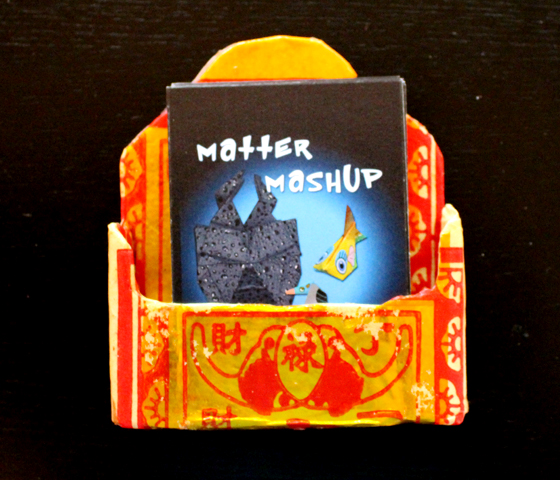 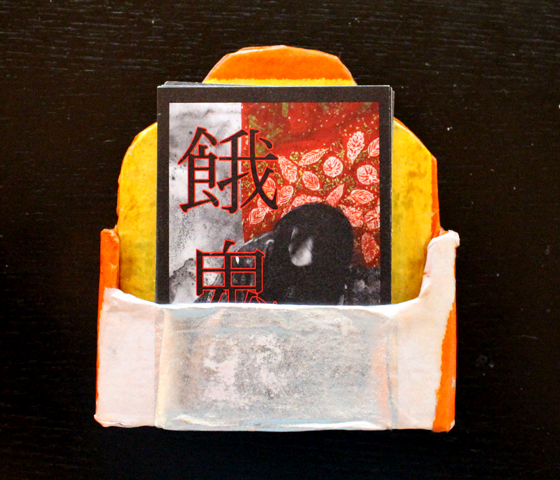 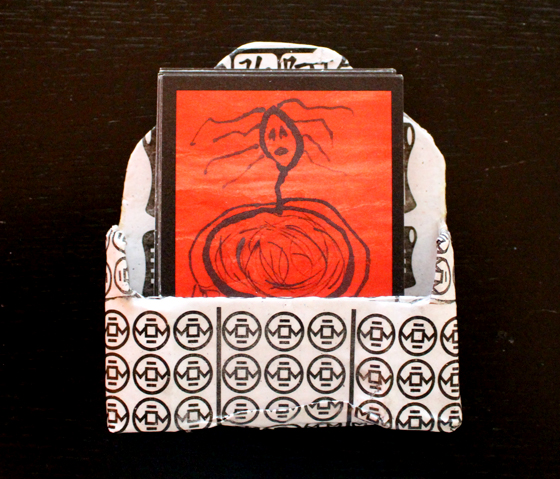 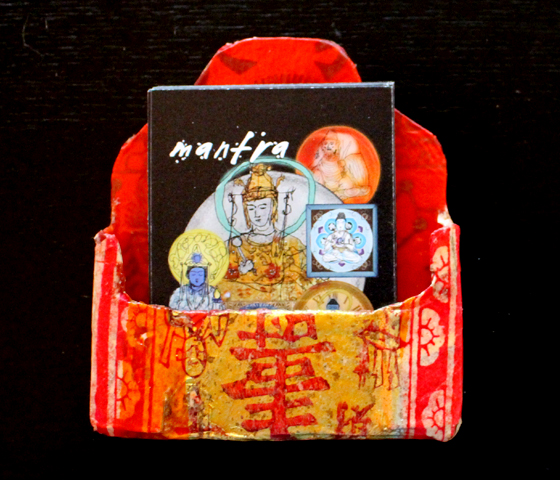 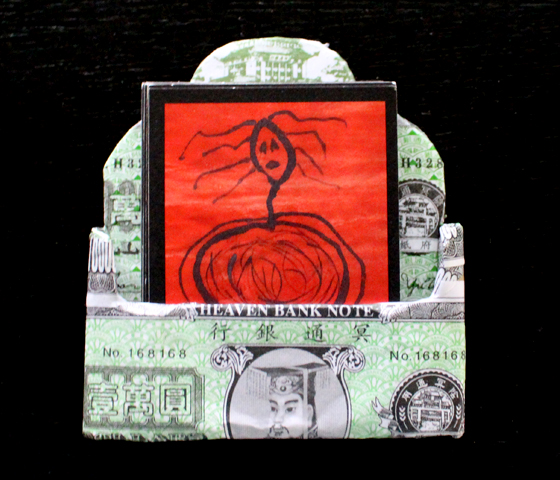 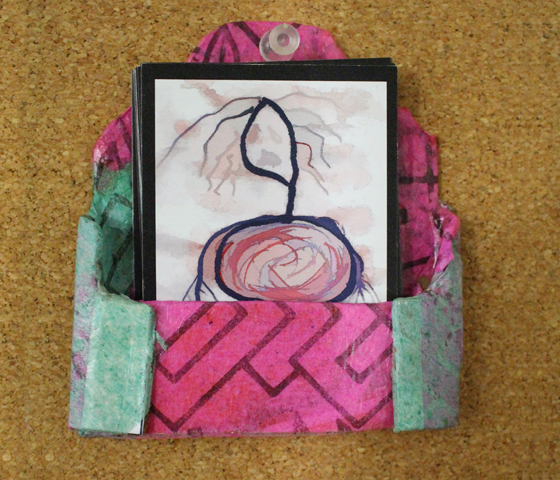 Two weeks ago last Tuesday, we sallied forth into the world to distribute our Hungry Ghost Trading Cards. We did not want to be overly ambitious our first time out, so only a few destinations were planned.

We had high hopes that our cards would attract attention.

But not exactly the kind of attention we expected.

But I am getting ahead of myself, so I will backup a bit and tell the story properly.

I have wanted to create trading cards for years. But, the printing was always too expensive. Recently, however, I figured out that they could be printed as 5×7 postcards then cut into quarters to yield four trading cards per postcard.

Seemed easy enough having done a fair number of postcards and other similar print materials in the past. So, we decided to use our Hungry Ghost Festival project to field test our very own collection of unique trading cards.

We had the idea that we could leave a stack of them at places where people leave business cards, and they would be so attractive that everyone who saw one would take one home.

We created nifty joss paper decorated card holders to pin to bulletin boards. Each card holder was stuffed with nine trading cards. We planned on six stops that Tuesday morning. Stops 1 through 3 went as planned.

Stop 4  was a coffee shop in one of the more “hip” parts of town.

The posting of the cards in the holder happened in a bit of a clandestine fashion as it seemed to just suddenly appear out of nowhere pinned on the wall right above the sugar and cream bar. 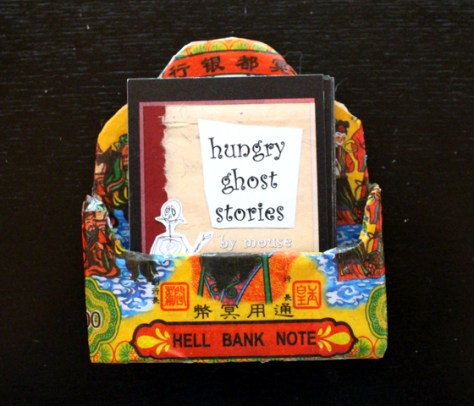 Within minutes, one of the baristas spotted the card holder, walking up to it with interest. The interest instantly morphed into disgust. “How terrible. Where did this come from?” A co-worker approached, mystified but not really upset.

“Did YOU put this here? Who put this here? Should I take it down?” The co-worker made some remark about a ghost and in an instant, the card holder and all nine trading cards were taken down and disappeared around the coffee bar.

It occurred to me then just how personal all this is – the whole concept of the hungry ghost, or even just the notion of ghosts themselves. Ghosts are, after all,  dead people.

Most people would rather not think of death. Especially in mainstream America… where death is a necessary evil that one contends with only when no one else will, the business of the funeral, the cemetery, the metaphoric wiping of the hands as one turns and walks away.

Hungry Ghost Month is not about getting the job done. It is about honoring the lives and deaths of those who lived before us and among us.

It is about us.

And that it is mighty personal.